After over 40 years of practice (in family law for the past 22 years), I have gone through a number of methods to gather evidence.

Two things that have not really changed are collecting evidence from witnesses and methods to obtain and organize documentary and other types of evidence for presentation.

Gathering, Organizing, and Presenting Evidence: A Primer for Family Lawyers 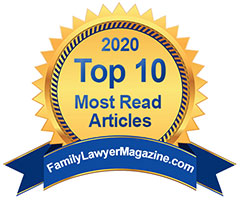 Your potential witnesses can (and usually do) include family members, employers, tax preparers, counselors, physicians, educators, coaches, records keepers, and others. When the court requires a pretrial statement from you, you will draw up a list of people who fit in the above categories. Make sure that the list includes the following information:

Talking with your potential witnesses well in advance of a trial may reveal weaknesses or strengths in your case – or even other witnesses or evidence you were unaware of before speaking with them.

At one time, getting documentary evidence was a cumbersome and time-consuming task: you would ask the client for copies of bills, receipts, tax returns, etc. and when the client eventually found them, they would either bring the documents to your office or mail them to you. Now, clients usually respond to a request for documentary evidence with a scanned version of the document within minutes.

What about evidence regarding court rules or the law? Instead of going to the library and looking it up, most rules and laws are available to be printed online. What about evidence from commonly consulted sources? Again, the answer is online. The same applies to many things such as auditors’ valuations of real estate, purchase prices for real estate, stock prices, incorporators of companies, statutory agents of companies, and prior marriage, divorce, dissolution, or custody records. With the rise of social media usage, our clients often offer extremely valuable information created and posted by the other party. Note: You should never have a member or employee of your firm pretend to be a “friend” of someone who may be posting unsavory information about your client – but if your client or some legitimate contact of the other side has lawfully received such information, it may be very helpful to your case. We have had total custody changes in cases based mainly upon what one of the parties was posting on social media as opposed to what the party was telling the guardian ad litem.

If possible, check with your Judge or Magistrate regarding presenting voicemail/recordings in the following manner: presenting a “summary record-ing” that has just the relevant portions from your full recordings. “Pre-index” the full recordings and the places where things can be found (“CD 1: Track 3 – 0 hours, 56 minutes” or “CD 4: Track 1 – 2 hours, 3 minutes” etc.) so that you can find the relevant portions quickly. Keep a similar list regarding your “summary recordings.”

Keep the lists with you and with your list of exhibits. This allows you to reach each of the pertinent sections and play them as needed. Placing the full and complete recordings into evidence along with your excerpts should preempt any objection that the excerpts have been taken out of context. Ready your client (or whoever originally made the recordings) to identify and verify the complete sets as well as the excerpts, which the client should actually have prepared.

Organizing Your Evidence to Present in Court Let’s say you now have all your witnesses, bills, appraisals, photos, emails, tax returns, expert reports, voicemails, etc. How do you keep track of and organize them?

The best way to start organizing, from the beginning, is to create the following:

You know that the court is going to have you attend a pretrial sooner or later and that you will have to do a pre-trial statement, so why not start one at the very beginning of the case? Starting it then, will give you a working document and list so far as evidence to be presented from witnesses, recordings, voice-mails, and documentary evidence are concerned. No more going back through file after file to find what might need to be in the statement and no more of the same when preparing for trial. Preparation of the pre-trial statement from the beginning will help you keep track of issues and the evidence and witnesses who need to present evidence for those issues.

Nothing can help you track assets and debts or changes in those or give you a bottom line relating to different allocations like a spreadsheet, so why not start one at the very beginning of the case? As you are supplied evidence of different assets, debts, or incomes, you can list them in the spreadsheet, noting the amount, date, source of the evidence, and witness information if necessary. Different scenarios from different potential de facto dates, for instance, can keep track of the different values and different exhibits you may need. This spreadsheet will also help you see what you still need, and if there are exhibits missing for certain portions.

You know that you are going to have to develop a guide to your questions regarding all the information you have to present and all the issues you will have to cover, both in hearings and trial. Why not start your trial notes at the very beginning of the case? Starting it then will give you a working document and list for questions, issues, and evidence. Again, at the end, no more going back through file after file to find what might be good for you to cover when preparing for trial. Indexing issues or themes so that they are easy to access will help you efficiently update potential questions for trial. Insert copies of exhibits or e-mails so that when you are questioning someone at trial you will have exactly what you need in front of you. Preparing and amending as you go along in your case is much, much easier than trying to put all of this together at the end. Keeping a list of “things to do” at the beginning of your trial notes will also help keep you on track for records depositions, records, experts, and all other matters of preparation.

Whether your court requires it or not, you should have a trial notebook with all your exhibits in it when you go to trial. Exhibits would ideally flow in the same order as the testimony you want to present (but that is not always possible) and they should, hopefully, be organized by and grouped under themes. Starting this notebook from the beginning – perhaps even including some of the other side’s pleadings, motions, and financial or custody affidavits – will give you a good basic reference source to use as you prepare for trial and as you present your case.

To quote Mary Poppins: “Well begun is half-done.” That applies to trial preparation – especially in relation to gathering, organizing, and presenting. Good organization, from the very beginning, should result in the best possible presentation.

Attorney William Geary practices solely family law in Ohio. He is admitted to the Ohio Courts, the Federal Court for the Southern District of Ohio, and the Supreme Court of the United States. www.columbusfamilylawyer.com

Gathering and Presenting Evidence
From identifying bias in reports to preparing your witness to building a psychological case in court, here are some great tips on gathering and presenting evidence to support your case.

How to Best Capture Digital Evidence for Your Case
Digital evidence can be compelling in court or at the settlement table, but it’s absolutely critical to understand that there is a right way and a wrong way to capture, preserve and present this type of evidence.